Five years ago today: a 90 km human chain consisting of around 50.000 people from German Aachen, via Dutch Maastricht to Belgian Liege. The goal: to get the NPP in Tihange closed. At the time we heard lots of noises about ‘hairline cracks’ in one of the reactors of Tihange. We were lied to, made scared. WISE, the anti-nuclear lobby group, played hard on the fear of people for a ‘second Chernobyl’, to build as much public pressure to get Tihange closed.

Five years later, the situation is very different: Tihange didn’t have any ‘hairline cracks’, which was confirmed by multiple parties, independent from each other. Now we know that climate change is going harder than we thought at the time and we need every little bit of help to move to zero CO2.

The war in Ukraine put the Belgian government finally on pause to reconsider. Doel-4 and Tihange-3 will remain open until 2035. However, the other five reactors in the country will close. starting from October 1st this year until December 1st 2025. Not the climate, but the real politik of energy bills in relation to the natural gas price hikes will keep the last two open for a decade longer.

And the climate? The Belgian government doesn’t seem to care less. No, they emphasize on solar and wind, backed by two new natural gasplants. We the same thing as happened in Germany: going from CO2-free electricity to remaining dependent on the fossil industry for decades to come.

WISE claimed in their campaign that Tihange was through her service life. This was a lie. The first reactor, Tihange-1, was put into service on October 1st 1975. The newest, Tihange-3, on September 1st 1985. These PWR reactors are built to last for at least 60 years and, if they are maintained well (they are) can easily last 80. That they’re closed after a mere 40 to 50 years is criminal.

Also, WISE claimed in a map that if Tihange was to explode in a Chernobyl-type fashion, the radioactive fallout would cover much of the Netherlands and Germany. Another lie, playing on the ignorance and fear people have about nuclear facilities. The power plants in Doel and Tihange are all PWR designs, which are fundamentally different and (extremely) more safe than the RBMK design in Chernobyl. A Chernobyl-type scenario is simply not possible.

A third favorite argument during the campaign was WISE claiming that there was no solution to the ‘waste problem’. Public speaker Peer de Rijk claimed, and I pressed him about it at the time, that there was no long term solution for the old fuel rods in the cooling baths at the nuclear facilities. It was maintained that Engie, owner of all the Belgian reactors, would want to keep these fuel rods in those baths forever.

Again, a lie. The old rods, after they’ve spent life in a reactor for four or five years, cool down for about five years in such a bath. After this they are put in big concrete caskets where they’re air cooled. In this state it is inert, not doing anything. However, with future fourth generation reactors we can use this ‘waste’ (consisting for 95% of fuel) further. The eventual actual waste will be a tiny fraction of this and needs to be stored safely for two or three centuries.

We’ve been lied to in 2017. I was part of this movement at the time and with this post I want to do something of a reckoning. Let’s make smart choices for the future now. To start with by keeping open all seven reactors, providing Belgium almost 40% of CO2-free electricity. 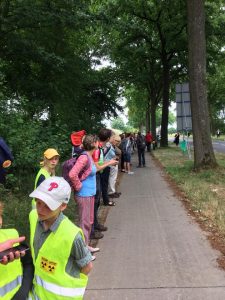